Again it was a case of not much time today, so I chose to look for just one cache of the Baggers Bounty Bonanza series, #9. 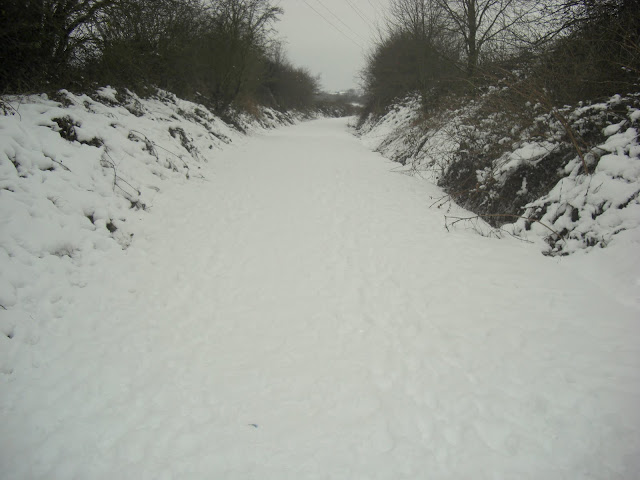 Thanks to the snow from late last week still lingering, the 5 Pits Trail was still a magical white crispy pathway. The cache was a simple find and contained an interesting microgeocoin; 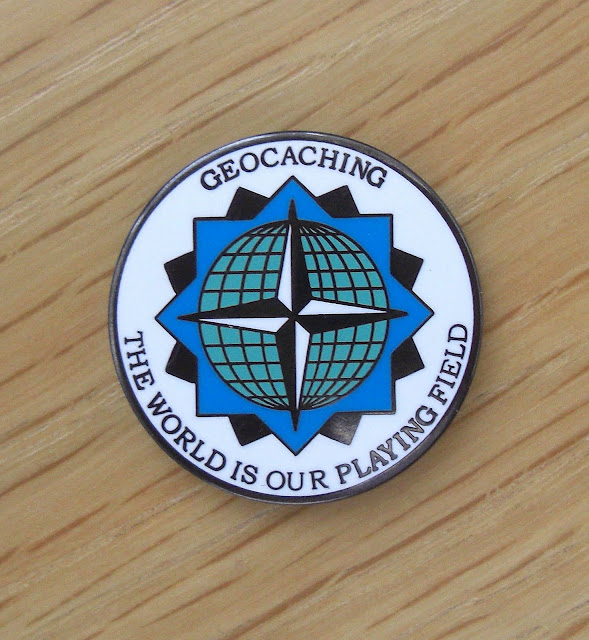 Shown here larger than actual size!
As the coin had no particular mission, I decided to place it in my next find, and try to concentrate on fulfilling the missions of the two TBs that I was holding.
Posted by Slightly Tall Paul at 20:16 No comments:

Wanting my every-day-this-year caching streak to continue, I realised that a small diversion on my way home from work would enable me to bag this microcache. So I did! Not much else to say, except that this was alongside a very fast and surprisingly busy road, so take care anyone else who chooses to look for this one.
Posted by Slightly Tall Paul at 19:50 No comments:

Sunday, so time for a father/daughter bonding experience (a.k.a. geocaching!). Unfortunately due to one reason or another, we didn't have much time so we just popped over to Derbyshire for what was more-or-less a cache-and-dash to find this cache, which I knew would be large enough to drop off the Austin Powers Travel Bug that we had. A very quick find followed and we were delighted to discover three Travel Bugs in the cache. We took the two most interesting ones and left Powers to "interrogate" the remaining bug.
This picture shows the two TBs, Chicken Run - Rocky and Painted Ponies, along with an item that I can't believe anyone would leave in a cache, a packet of dry-roasted peanuts! I always remove foodstuffs from caches, in case they attract animals that can damage or disturb the cache, although as these nuts were 6 months out-of-date, they had probably been in the cache for a year or so, so maybe they hadn't attracted wildlife, but even so... 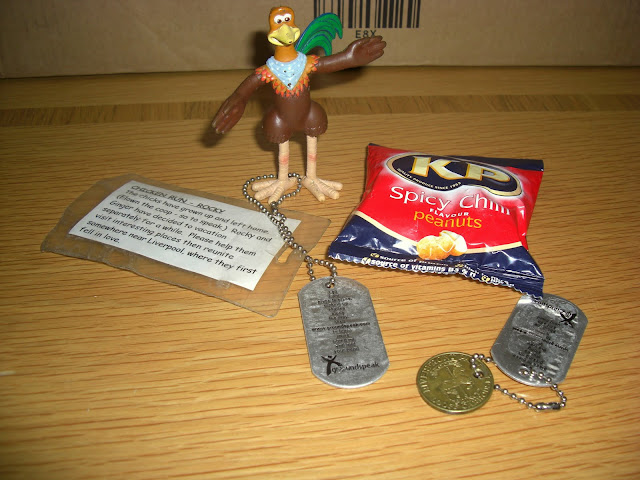 Rocky the Chicken had been touring the World for almost 5 years, pretty good for a TB, and was trying to get to Liverpool, whilst the other TB wanted to visit traditional carrousels. Not many of those around here, but I could think of one not too far away.
Posted by Slightly Tall Paul at 19:42 No comments:

Games Workshop is a Nottingham-based company designing and manufacturing roleplaying boardgames. Since late 1997 the company has been based in Nottingham at a HQ with several statues of their roleplaying characters in the grounds and this cache is hidden very close to this statue; 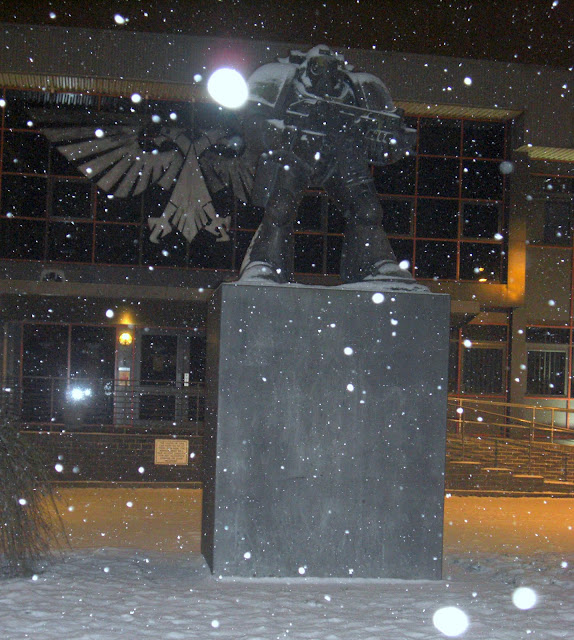 Yes, I found this cache at 4:30 am on a Saturday morning in a minus 2°C blizzard. Am I mad? Well, the security guard who came out to check on me probably thought so!
Posted by Slightly Tall Paul at 19:13 No comments: